A Summer of Disconnect 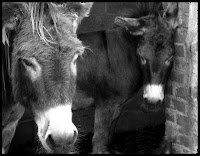 Well, the Elizannie/Other Half entourage arrived home last night after nearly a month of cliff dwelling above the Bristol channel. It was a lovely time, being with so many family and friends but although as always we were sad to leave it is also good to be back with more family and friends, here over looking a different stretch of water: the Thames Estuary.

As always I like a good pun so the blog title refers to quite a few things which happened during the August weeks whilst we were in the West Country. The first and most annoying disconnect refers to the fact that the broadband and telephone signals in our bit of the West Country were even worse than usual. One day I 'phoned Eldest Daughter just to tell her about my pure joy that I had managed to get a telephone signal! However it did mean that I had to desist from angry rants on twitter and facebook about various government and politicians' pronouncements which ultimately meant that I could have been a more placid person with whom to live!

There also seemed to be a complete disconnect at times with several politicians/government bodies and the general public. Just a quick list [leaving out some, obviously....]

[a]ATOS sponsoring the Paralympics [even Jonathan Swift could not have written this, surely? However Mark Steel writes a really good piece on this.]
[b]Examination boards changing the criteria for marking GCSEs but without telling teachers or pupils until the results were published. Head teachers not being sure who to sue? Pupils who had worked really hard - and teachers ditto - devastated.
[c]Virgin trains NOT being awarded the West Coast Main Line rail franchise renewal despite having built the service up over their previous franchise which has run since 1997. Virgin now taking legal action.
[d]Tim Yeo asking if David Cameron is a man or a mouse made me choke on my holiday weetabix. Suggesting that rats are leaving the sinking ship seems to be mixing metaphors when the ship in question is a runway for Heathrow airport. Sending Justine Greening to answer that she strongly opposes this seemed to offer her up as a sacrificial lamb and http://www.independent.co.uk/news/uk/politics/david-cameron-urged-to-ditch-justine-greening-and-expand-heathrow-8084806.html suggests she may indeed be offered up for Sunday dinner very shortly.
[e] Nick Clegg and George Osbourne seem VERY disconnected over Clegg's idea of an 'emergency tax' on the rich!

The very last disconnect which had me really very cross within minutes of walking through my front door last night was the fact that the bank which I am leaving because they have made such a hash up of my bank account this year [Santander] have done it again and not passed on one of my direct debits to my new bank [The Co-op] Since this was to my union [Unite] I am even more annoyed!

The photograph above was taken in the West Country by Eldest Grandson, aged nearly seven. Any resemblance to any politicians is purely coincidental.

Elizannie and Other Half are currently on holiday with friends and family, camping on their usual cliff over-looking the Bristol Channel.

Despite trying to ignore the rest of the world subjects currently exercising us include the news that the government are suggesting that NHS hospital trusts invited to expand abroad and the developments around Julian Assange's asylum at the Ecuador Embassy. And what to wear in the next fancy dress competiton, obviously. And playing with the grandchildren and being generally silly.
Love to you all! xx