It shouldn't take a Chancellor of the Exchequer..... 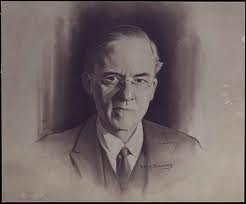 In the past few hours it has been reported that tax revenue is down [over 7%] and Government spending which includes social welfare payments is up [8%]. Quelle surprise! It shouldn't take a chancellor of the exchequer to work out why. When a growing percentage of the population falls out of work, [1] they are not paying tax [2] they are not able to afford goods and services to businesses which in turn would provide tax revenues on profits made to the exchequer [3] newly unemployed will probably be calling upon the social welfare services for financial help.

NB of course [2] is dependent upon morally upright businesses and proprietors who pay their tax 'properly' and don't off shore it like Phillip Green or pay accountants vast fees to avoid paying 'normal' rates of tax in this country, like Jimmy Carr. Although of course obviously the accountants would pay tax in this country at the standard rates....

Meanwhile, just in case a needy person is getting 50p more than that to which the government might think those claimants might possibly be entitled, our caring: 'we are all in this together' government is persecuting the disabled, unemployed and disadvantaged by cutting benefits and allowances and demonising those groups as much as they can.

Of course if those groups had more money to spend it would go into their local economies as they frittered it away in local shops on those trifling luxuries like food. Some would obviously go abroad for goods and services like heating and other utilities - now out of public ownership and owned by foreign companies. Or do I sound xenophobic? Still that's not the consumers' fault.

Unlike the large amounts the super rich are saving in their legal tax avoidance schemes, those amounts which are often - by the nature of where the money is placed - spent abroad and thus enliven some other economy and not the one where the source of the taxes on the profits originated. And of course we do know that many of the super rich habitually spend their money abroad anyway.


The photograph? Oh, I am sorry to admit my teeth are a little put on edge by photographs of Gideon Osbourne so thought I would put up one of the first Labour Chancellor of the Exchequer after the second World War, Stafford Cripps. It was said that people didn't mind his economic measures too much because he looked so pinched and miserable himself! Photograph courtesy of the National Archive.
Posted by Elizannie at 16:04 0 comments

That Was The Jubilee That Was 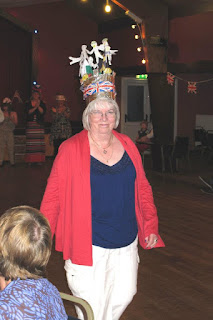 Not a word about how if the Bank Holiday had not been moved forward a week to ‘accommodate’ certain dates there would have been pictures in the media of sunburnt bodies wearing jubilee hats.

Not a word about the security guards provided at no wages and given no facilities by Tory peers. Doesn’t actually smack of good security cover but if a Tory peer thinks that is OK, well who am I to judge otherwise.

[Not a word, of course, about the implications of the above on the security arrangements for the forthcoming Olympic Games. That just doesn't bear thinking about let alone speaking/writing about]

Not a word about all the ‘ordinary’ people who travelled – often at great expense – to London to watch the flotilla go by on the Thames only to find that however early they arrived the ‘Riverside positions’ were either ticketed or reserved for ‘special’ parties.

Not a word about the way so many of the citizens of the UK felt marginalised because their home country was not represented on the Union flag or by any other flags being flown locally. [Especially not a word about the Welsh nation, so much of whose labour was used to power and supply the Industrial Revolution yet is regularly ignored when the ‘people of the UK represented by the Union flag’ is mentioned]

Not a word about all those who were forced to take a day’s holiday on Tuesday yet did not get paid because it was ‘discretionary’.

And not a word about my entry for the village Jubilee Hat competition. It represented the people of the UK rather than royalty and also displayed Britannia, the Welsh Dragon flag and the flag of St David incorporated with the Union flag. Strangely it did not win. But I had fun. Especially when the hat was described as a 'rebel entry'.
Posted by Elizannie at 10:31 0 comments